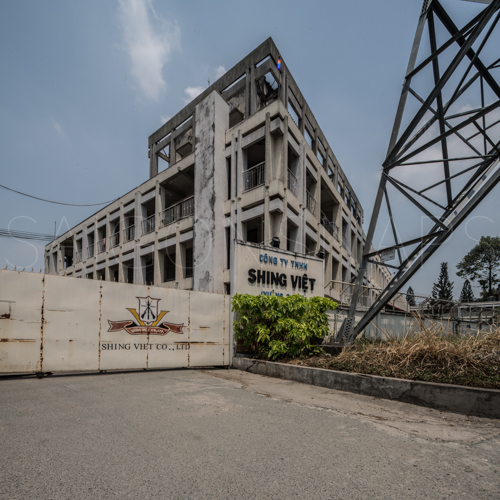 Independence from colonialism in the 1950s brought the need for Vietnamese to rebuild the economy to focus on consumer and export goods. Vietnamese companies invested in new factories around Saigon and wanted a new modernist image for their companies. Vietnamese architects responded with Vietnamese modernist designs like this factory in Thủ Đức for Shing Việt. This is not your normal utilitarian warehouse. The walls of the factory are inset behind the outer wall of columns and beams to block the sun from heating it up during the day. This also allowed glass windows to allow daylight in the building. The resulting composition is light and airy — the two words most often associated with Vietnamese modernist design. [photo by Alexandre Garel © 2018]

Posted by layered on 10 July 2018 at 04:55 PM in VN Golden-Age Modernist Architecture | Permalink