Why did the southern Vietnamese culture embrace modernism? 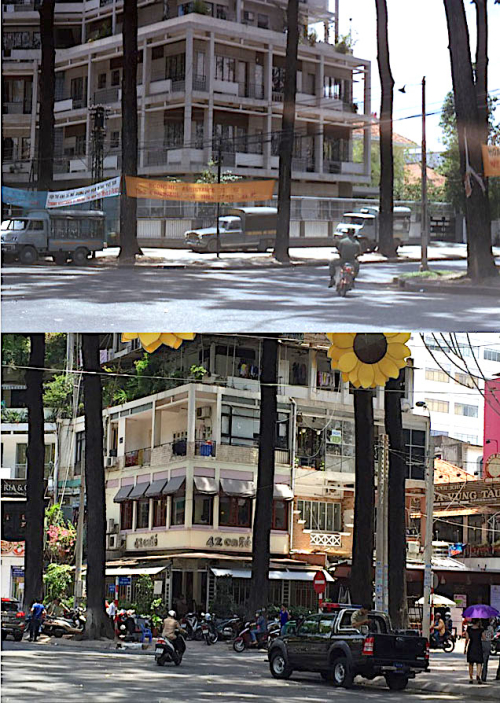 In my forthcoming book "Southern Vietnamese Modernist Architecture," I offer several reasons why the culture embraced modernism. The architectural photography illustrates a few of these reasons. The top photograph was taken by me in Saigon in 1972 across from the "Turtle Lake" monument at the intersection of Phạm Ngọc Thach and Võ Văn Tân Streets in Ho Chi Minh City. The bottom photograph was taken by me in 2015. The building is not smooth and minimalist like global modernist structures. The exterior walls set back from the outer frame of this mid-century modern building provide an interplay of light and dark that provides interest and human scale to a large apartment building. The exterior grid of thin columns and floor beams features added horizontal elements that provide decorative interest to the building, and since each floor is well-defined instead of lost in the overall skin of the building, it gives human scale related to the height of a person. The southern Vietnamese people could see precedents here from Vietnamese traditional architecture and perceived Vietnamese identity in this new architecture that was different from world architecture. In addition, Vietnamese modernist architecture was highly adaptable to intervention by the people themselves, as shown in the various changes to the building over time as seen in the photographs.

Posted by layered on 19 June 2019 at 02:24 PM in VN Golden-Age Modernist Architecture | Permalink